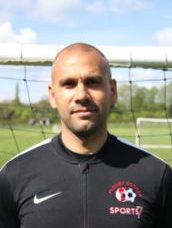 Joe Sebo established Planet Soccer in 1999. He had always been a keen footballer and decided to take his passion for the game and coaching qualifications into schools which was an instant success. Joe has a real passion for coaching sports to children of all ages and abilities. He has a wealth of knowledge and experience and values the importance sports can have on a child's development.
Qualifications: FA Level 3 football coach, a Level 2 award in Multi-skills development in sport, PESS Level 3, British Gymnastics Primary intermediate Award and Level 3 in supporting the delivery of dance.
Joe's has always been a talented sportsman and at just 12 years old, he was the 3rd best in Britain for BMX racing and held the 100m school record at secondary school. One if his sporting highlights was cycling to Paris for Charity and running the Edinburgh full marathon.
Joe loves spending time with his son, being outdoors taking in nature, formula 1 and cycling. 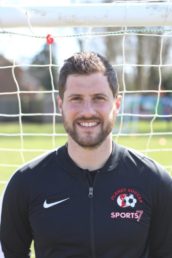 Aaron started working part time for Planet Soccer/Sports7 whilst studying Sports and Exercise science, 13 years later he became their Senior Coach. Aaron has built up a wealth of knowledge and experience in teaching and coaching. He is passionate about sport and works hard to insure all staff deliver to his high standards. Aaron teaches PE during PPA in a number of schools, leads before and after school clubs and is site leader at the Planet Soccer Boxgrove Camp.
Qualifications: Level 2 gym instructor, Level 3 BTEC First Diploma Sport & Exercise Science, FA level 2 football coach, Level 2 award in Multi-skills development i sport, PESS Level 3, Yoga Bananas Technique in Schools and a British Gymnastics Primary intermediate Award and Level 3 in supporting the delivery of dance.
In his spare time, Aaron enjoys spending time with family and keeping himself fit through sports from football to kickboxing. Aaron is a Black belt in Wu Shu Kwan Chinese boxing. 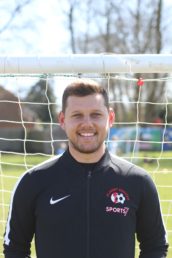 Lee has been a coach at Planet Soccer/Sports7 for 5 years. He teaches PE in several schools during PPA, as well as leading his after school clubs and team coaching at Burpham Juniors FC and Albury Eagles FC
Lee has a major passion for football and coaching children to help them further improve. He is now looking to pursue his FA level 3 in coaching football in the future so that he can take up management within the county in the future.
Qualifications: Fa Level 2 award in football coaching, FA Level 1 Youth Module, Level 2 award in Multi skills-development in sport, PESS Level 3 and the British Gymnastics Primary intermediate Award and Level 3 in supporting the delivery of dance.
Lee is an avid Tottenham fan and has played for and been managed by former Tottenham player David Howells. In his spare time he likes to play golf and also enjoys trips out to the cinema to keep up to date with his favourite Marvel Films. 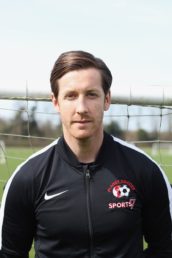 Tommy has been working for Planet Soccer/Sports7 since 2013. He teaches PE during PPA in a variety of schools, coaches after and before school clubs and lunch time clubs; coaches at holiday camps; birthday parties and works alongside local clubs as a goalkeeper coach. Tommy is responsible for a lot of the Planet Soccer administration work which includes: Communication with schools, parents and local clubs; promoting holiday camps and taking birthday party bookings.
Tommy has been enthusiastic about sport & football from a young age and loves fulfilling his passion as his main job! His football playing career was at Guildford City as a goalkeeper for 10 years before Youth Team Level at Woking.
Qualifications: FA level 2 football coach, FA goalkeeping Award Level 2, Level 2 award in Multi-skills development in sport, PESS Level 3 and a British Gymnastics Primary intermediate Award and Level 3 in supporting the delivery of dance.
Tommy's other interests include family time and getting into a good auto biography (usually sport related!) 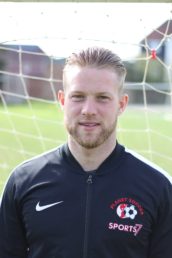 Matt has been coaching and teaching sports for 7 years and he has been involved in sport from a very early age. Football is his main sport and he has represented the district, Surrey which led to a worldwide tournament in Sweden. Matt also played for Woking Academy for 3 years.
Qualifications: Level 5 Certificate in Primary School Physical Education, Level 2 NVQ in sport, recreation and allied occupations, FA Level 2 in coaching football, Level 2 Multi Skills and a British Gymnastics Primary intermediate Award.
Matt enjoys spending time with his family and friends and still plays football competitively every weekend. He is also a fan of playing golf. 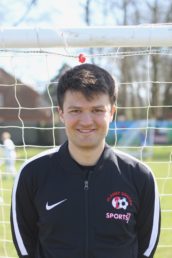 Harry rejoined the team in 2017, having attended the camps himself when he was at primary school. Having attained a history degree from the University of Exeter, he realised his real passion was for sport and enjoys football coaching and teaching PE in particular. He has now started to teach PE in some schools during PPA and coaches in before and after school clubs and during holiday camps.
A keen supporter of Reading FC, Harry enjoys playing football, squash and going skiing and surfing, however tennis is his favourite sport to play and follow. Over the next few years, he intends to visit every global major tennis tournament, knocking off Wimbledon and Roland Garros last year.
Qualifications: Fa Level 1 award in football coaching, Level 2 award in Multi skills development in sport, PESS Level 3 and the British Gymnastics Primary intermediate Award and Level 3 in supporting the delivery of dance.
Away from the sports field, Harry is enthusiastic about wildlife and likes nothing better than to travel to remote places around the world in search of obscure and endangered wildlife. 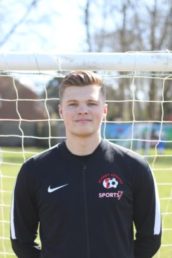 Sam joined the team in 2017 and coaches PPA and during clubs and holiday camps. Sam loves all sports and has always been a natural at any sport he has tried.
Qualifications: FA Level 1 in football coaching, Level 2 award in Multi-skills development in sport, PESS Level 3 and the British Gymnastics Primary intermediate Award and Level 3 in supporting the delivery of dance.
In his spare time, Sam enjoys keeping fit at the gym and plays football at a semi-professional level. 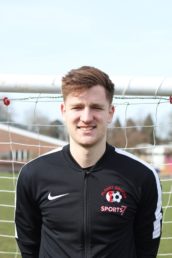 Jammy has worked at Planet Soccer/Sports7 since 2012, as a part time coach at holiday camps. He has just finished studying BSc Sports Coaching and will be joining the team full time coaching in PPA lessons, club and holiday camps. Jammy's sporting interests are mostly football, playing regularly with Team Solent and coaching the BUCs university team and he loves playing golf during the summer.
Qualification: FA level 2 in coaching football, FA Youth Module 1 and FA Futsal Level1, Level 2 Multi-skills development in sport
Jammy is a triplet and attended Planet Soccer himself since the age of 5 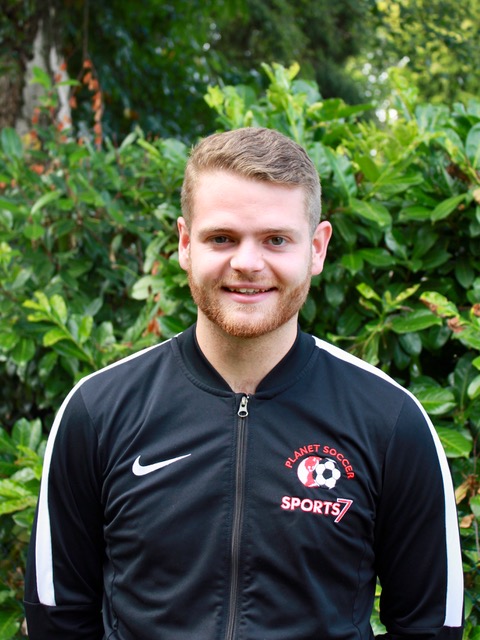 Lee started working at Planet Soccer/Sports7 in 2013 as a part time coach. He has just finished studying BA Business and Marketing within sport and has joined the team full time teaching PPA lessons, clubs, holiday camps and is our marketing co-ordinator. Lee has a high interest in a variety of sports, mainly football and cricket. He regularly goes to watch Arsenal play on a weekly basis and watches Surrey and England cricket too. Lee enjoys spending time with his friends and playing football competitively on weekends.
Qualifications: FA Level 1 in Football coaching and Level 2 Multi-skills development in sport and Level 3 in supporting the delivery of dance. Lee is currently undertaking his FA Level 2 in coaching football. 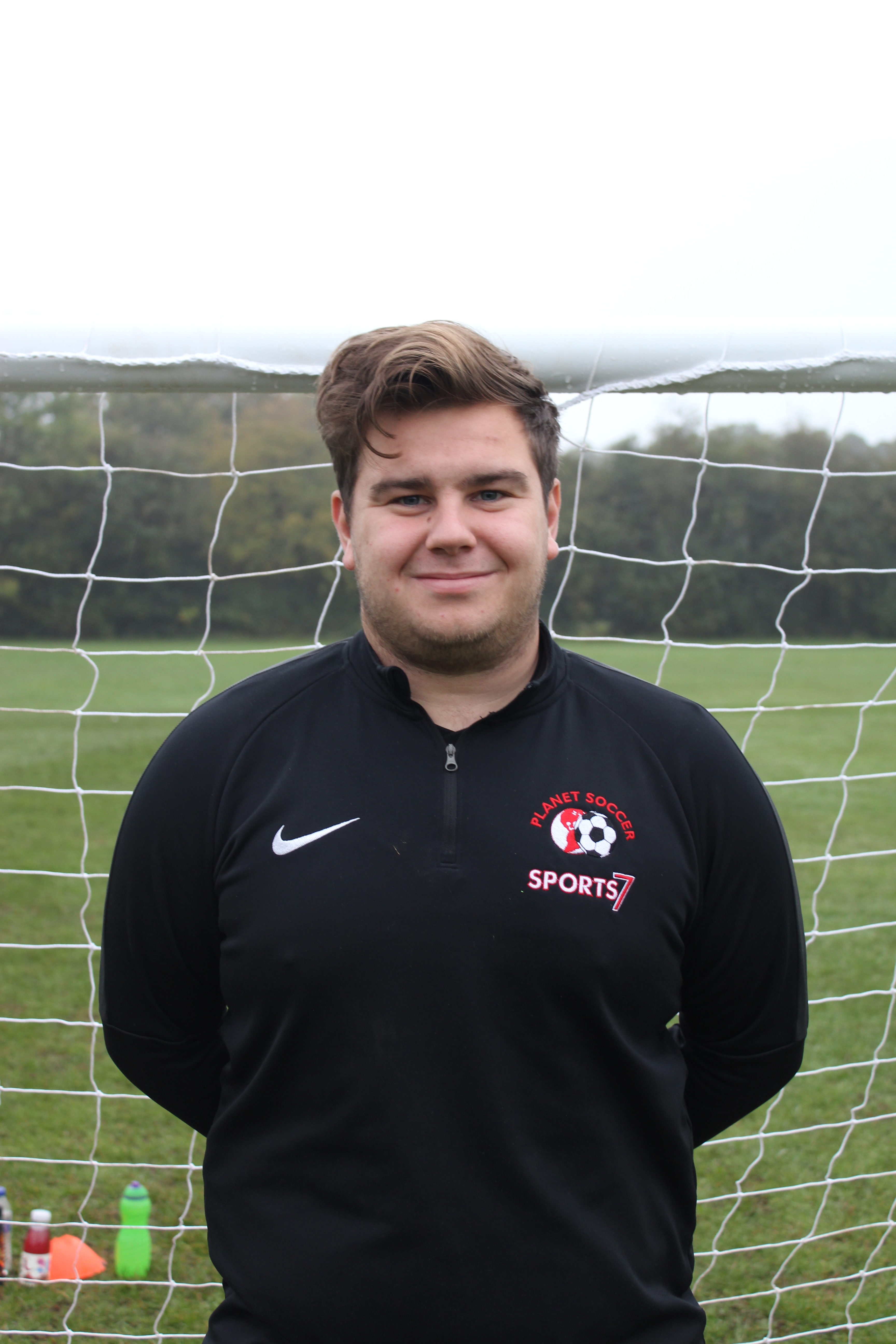 Frank has been involved in sports coaching and development since 2016, and has recently began working full time at Planet Soccer/Sports7 for both holiday camps and delivering PE lessons in schools and after school clubs. Frank graduated from the University of Portsmouth with a 2.1 degree in Sports and Exercise science. Sport has always been a major interest and hobby for Frank. Qualfications: FA level 1 in coaching Football, FA primary school teachers qualification level 1, Level 1 sports leaders award, Level 1 Strength and conditioning coach, Level 1 CYQ Health and Fitness, Level 7 FA football referee, Level 2 multi-skills development in sport and Level 3 in supporting the delivery of dance.

In his spare time, Frank enjoys watching football, especially Wolverhampton Wanders, and going to the cinema to watch anything he can 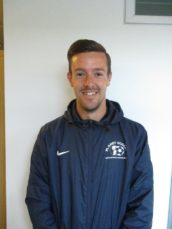 Mark started working for Planet Soccer in 2015. He coaches a variety of sports and coaches cricket clubs as well as playing cricket.
Qualifications: FA Level 2 football coach, UKDBA Level 2 in Coaching Dodgeball, PESS Level 3
He keeps fit by going to the gym and enjoys watching all sport. He has a season ticket to see Crystal Palace and often goes to watch Surrey and England play cricket. He also volunteers at his local cricket club.
Mark was the first player to get a league bowling award for leading wicket taker for Weybridge Vandals . 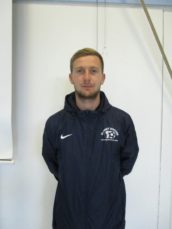 Jack started working for Planet Soccer in 2017. He coaches a variety of sports in PPA, after school clubs and holiday camps and runs advance football coaching sessions.
Qualifications: FA Level 2 football coach, NVQ level 3 in coaching
Jack plays for South Park in the Ryman South division and scored 25 league goals in the 2017/ 2018 season. He also enjoys fishing and playing golf .
In his spare time Jack enjoys socialising with his friends and eating good food. Jack won the London senior cup with Hendon FC and played in the first round of the FA Cup. He also won Ryman Division 1 with Tooting and Mitcham FC. 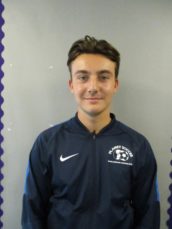 Michael started working for Planet Soccer in 2017 as an apprentice. He assists the coaches during PE lessons and at clubs.
Qualifications: FA level 1 Football Coach
Michael enjoys playing football going to the gym and surfing. He captained his school football team to the top 5 of the national cup.